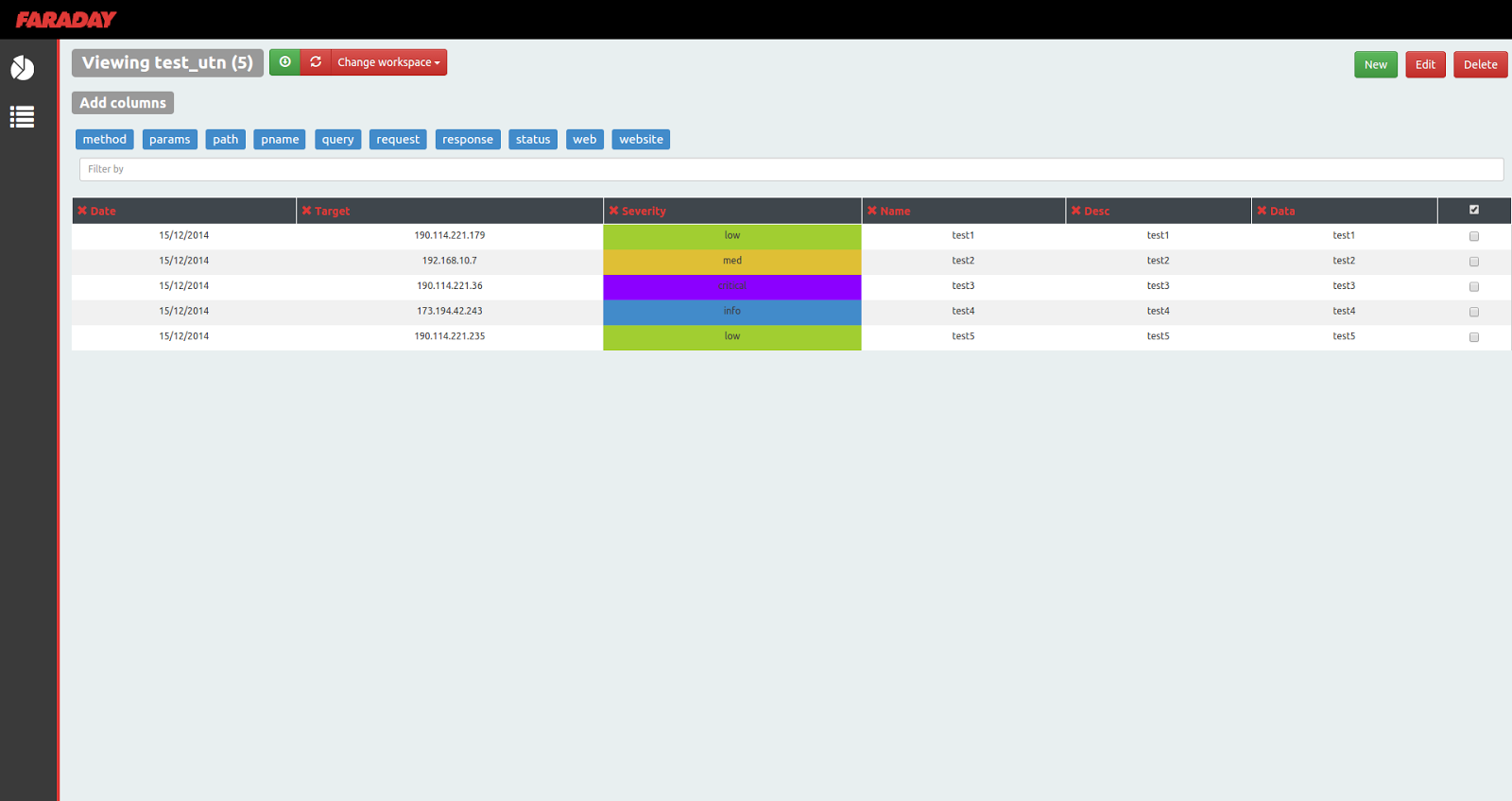 Changes made to the UX/UI:
Bugfixes:
We really tried to make it so the users would be able to generate a vulnerability without any hassle.

The way to make a new vulnerability is easy. You select a target, you choose the type of vulnerability and the severity, after, you fill out the other parts, click OK and you´re good to go.
Selecting a vulnerability uploads its content.

Also, we added a plugin for Faraday that is a tool to verify SSL/TLS errors for remote hosts. A Python script using code from OpenSSL, lets a user check the SSL/TLS remote server. The potential vulnerabilities (or the real ones) show up in red on the analysis report, that one can easily export to XML format.

Follow the steps below:
Also, you can quickly run  the command for several targets and domains, the targets need to be written separately with a single space.