GO Deep Pro
Analyzing GoPro's WIFI.
In this little post we are going to analyze the traffic of this tinny but powerful camera: GoPro Hero 3.

May be there is someone that did not know but the GoPro's serie 3 (Hero 3) got embedded WiFi feature that give you the functionality to control the cam and see it in real time. The same function can be added for the Hero2 buying the wifi backpack, that works just same like the embedded in the hero 3.

The camera got a direct button to start this feature (turn on the wifi). This button start the AP mode of the wifi and start an embedded web browser. The default SSID for the wifi is something like "GOPRO-BP#####" (where # part of the serial number of the camera), new firmwares come with just "goprohero" as default ssid, and without  any password. TO change the ssid and the password of the camera you need to follow steps that basically re flash the firmware of the camera (is not something that normally people do...). 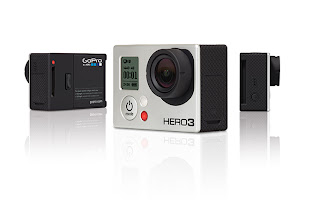 To access to the features of control the cam you need to connect to the wifi.

When you open the Android GOPRO APP, 2 petitions are triggered:

If the DNS query is responding, the app starts making petition to the url of the GoPro (The web server on internet of the brand) and youtube channel too, starting to show on the app the Videos of the days.

If the connection to 10.5.5.9 is correct (open port) there is a series of query that start to happen, we are going to analyze those:

1: GET /bacpac/cv HTTP/1.1\r\n
The reply of that GET is a file called CV, thats contain the SSID of the camera's wifi. (Because the gopro's android app can't know the wifi name or the password, what better than ask to the camera itself??)

2: GET /bacpac/sd HTTP/1.1\\r\\n
The reply to this GETis a file called SD, this file contains the password of the SSID of the cam. Yes, in plain text. The same password that you need to execute future functions on the cam,  the cam itself give it to you. I guess this is for easiest way to use the app (for beginners users).

3: GET /bacpac/se?t=1234
The app start making this GETs every 2 seconds. The reply is a 12 Bytes file called SE with some data (no in plain text) of the cam. Like, battery level, for example, and used like a "ping" to know the cam still there. From now, all the "commands" sent to the camera are with the parameter "t" with the password, in plain. Also when you are upgrading the firmware (or just changing the ssid and password) the software just let you put numbers, letters, @, - and _. No special characters, because this will broke in some cases the URL for commands. So we know what characters we are not going to use when cracking ;).

PV: (Preview)
B: GET /camera/PV?t=1234&p=%01
(Note here that the URL folder changed)
Command PV: This command start the "preview" mode on the camera. This basically open the port 8080 with the Cherokee web server pointing to the SD contends and a folder with streaming files. Value %01 off and %02 on (different from power values)

Live Stream:
C: GET /live/amba.m3u8 (TO the port 8080)
This download the file amba.m3u8, common live stream file that you can play it on media player classic or vlc players (to se the preview in normal browsers)

All in this server (8080) are without any autentication. Content of the amba.m3u8 file:


SH: (Shooter)
D: GET /bacpac/SH?t=1234&p=%01
Command SH: Enable or Disable the shutter, depending on what mode the camera is. If you are in photo mode, %01 will take a photo. if you are in video or time lapse mode, %01 will start the recording and you will need to send to stop the %0 0 recording. Its almost the same like hit the physical button .

CM: (ChangeMode)
E: GET /camera/CM?t=1234&p=
The command CM changes the camera mode (the starting mode is not altered).

LL: (Locate)
H: GET /camera/LL?t=1234&p=%01
Command LL start the buzzer to easily found your camera (following the sound). This beeps sounds will keep runing until you send the %0 0 value.

CN: (ChangeName)
I: GET /camera/CN?t=1234&p=%09Nombre_Nuevo
The command CN changes the internal camera's name (not the WIfi SSID).

DA: (Delete All)
K: GET /camera/DA?t=1234
This command deletes all the SD content (Including the .LRV files (.LRV files are lower video quality files generated by the camera during the recording). Does not format the SD and does not delete any other file (For example a file that you copy to the sd.


Also the JAVA applet from gopro.com that help you to update the camera, get this file.


Some toughs  about the security:

Beyond the obviously (the password sent in plain text via URL parameter and no SSL or TTL), and if we settle with the wifi password security to access the camera, some thinks arise:

When you enable the Preview (streaming) the camera oipen the port 8080 thats maps to a local cherrokee server (running in port 80 locally) you got access to the SD. This is what you see: 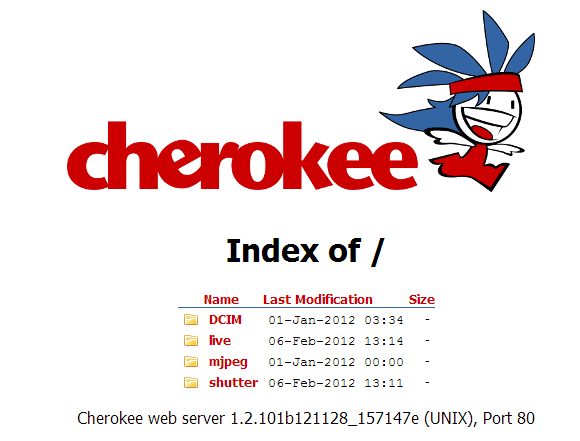 GoPro Connector PIN-Out (in case that someone like to start doing cool thinks on it):